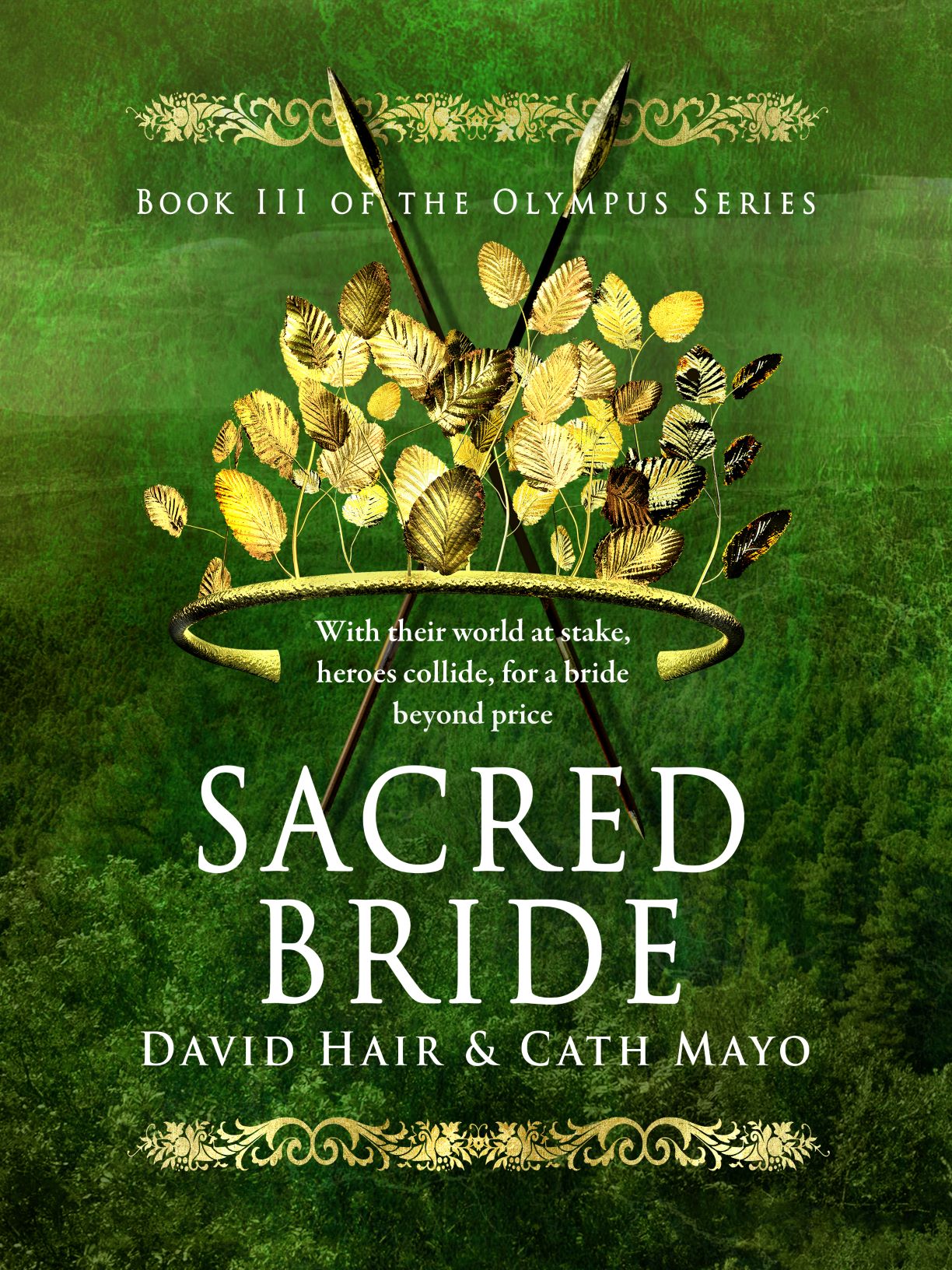 Welcome to the official website of Cath Mayo, and the home of Odysseus and all his friends, relatives and enemies!

The books are adult fantasy novels set in Ancient Greece just before the Trojan War, and told through the eyes of Odysseus, the wily hero whose later exploits are described in Homer’s The Iliad and The Odyssey. The Olympus series is a prequel to those epics, and relates how Odysseus, a young Bronze Age prince from a remote island kingdom, won his reputation for cunning and martial prowess.

The Bronze Age kingdoms of Achaea (modern Greece) face the rising dominance of Troy, a powerful kingdom allied to the mighty Hittite Empire. Even their own gods are divided between these two powers. Follow Odysseus as he enters this deadly struggle, discovering his secret heritage while doing battle for and against some of the greatest heroes of the age. In Oracle’s War, you can enter the world of Athena and Zeus, visit the fiery realm of Hephaestus, witness the Sack of Thebes and learn the secrets of the oracles.

Book One Athena’s Champion was released by Canelo Publishing in November 2018, and Oracle’s War, the second book of the series, was released in April 2019.

On the rest of the site, you’ll be able to discover more about my books, including my YA novels Murder at Mykenai and The Bow, and read interesting facts about the Greek Bronze Age, where the books are set. You can catch up with my news through my blog, read about my life, check out some photos and access free stuff. If you want to ask me about my writing or about school visits, there’s information and a contact page.

Hope you enjoy your visit!