Writing – and reading – can be an incredible adventure, even when most of it happens inside your head.

I should say, because most of it happens inside your head. How else can you go back in the past or forward into the future or sideways into another world? How else can you “become” someone else and experience all their fears and dramas and successes, and wake up safe and sound in your own bed the next morning?

But just occasionally we can actually travel to that other place and experience it face to face. I have just come back from a couple of weeks in Greece, where I visited some of the places I wrote about in Murder at Mykenai and The Bow – the fortresses of Mykenai and Tiryns, the site of the lake and the river in Argos, and the secret cave that occupies the middle of The Bow.

Mykenai, even in ruins, is huge and rather spooky. 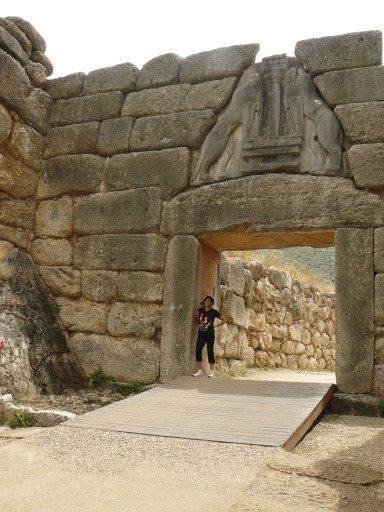 The fortress walls are made of enormous blocks of stone, some of them longer than me, and a good deal heavier. Here I am standing in the entrance – it makes you wonder how people 3300 years ago ever put that huge capping stone over the gate without modern cranes and machinery. The Classical Greeks later thought it must have been built by giants – by  Cyclopses. Even the doorways to the tombs are huge. 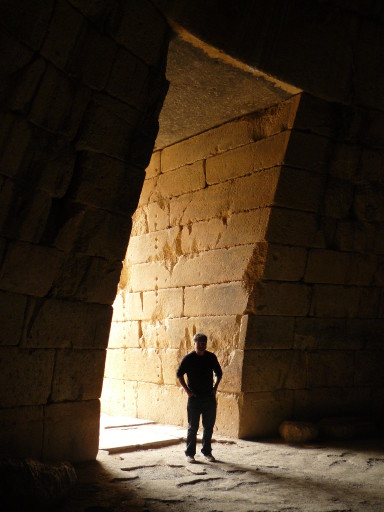 The lake my heroes hide in, in The Bow, has silted up, and people now live on it and grow their crops. But the river is still there, and the reeds. The low, rounded hill on the right, in the middle distance, is the site of Bronze Age Argos. 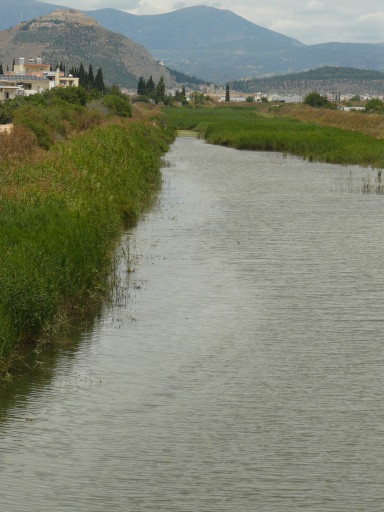 There’s a shingle spit  too at the river mouth, just as I described it in The Bow. It was pretty freaky to find something I thought I’d made up – though the weather was too calm to make the sorts of waves Odysseus and his friends encounter.

The big excitement of the trip was going down into the cave, which was explored in 1893 but forgotten about since. I met up with a bunch of Greek cavers and we had a fantastic time exploring it. Here’s a photos of me and Elissa at the far end, just before the crevice in which Odysseus … but I’d better not say any more, so I don’t spoil The Bow for you. 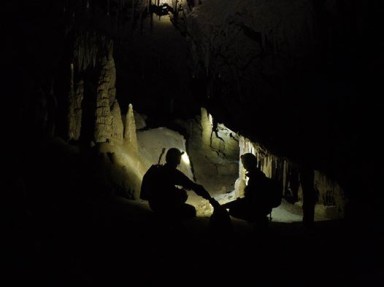