When I arrived in Greece at the end of May, I expected some things to be different but other things to be much the way they are back here. 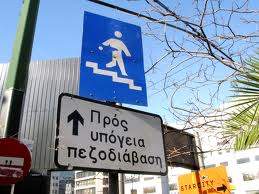 They drive on the other side of the road

But then I got some real surprises. Like thunderstorms.

I love thunderstorms. When I was a kid, I’d stand on the dirt road outside our cottage on Waiheke, with the rain pelting down and the mud squishing up between my toes. After each flash, I’d count the seconds till the thunder came – BANG!-rumble-BOOM-BOOM-bump-thud-grumble-mumble. Then silence for ages, apart from the splish of the rain in the puddles.

In Greece last month, I was chased through the hills by a thunderstorm as I searched for an ancient road to Mykenai. I stopped the car and got out to watch. I soon realised this was different to any thunderstorm I’d ever experienced. 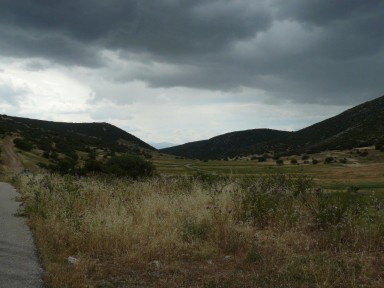 For a start, I couldn’t see any lightning. But for the 15 minutes I stood there, the thunder never stopped. It groaned and muttered and growled away without a break, as if the sky god Zeus and his wife Hera were having an argument, with both of them insisting on having the last word.

And then there were the seagulls.

NZ seagulls drift through the air crying gkeee gkeee, when they’re not strutting about screaming Kaar Kaar Kaar at each other. That’s what all gulls do, right? 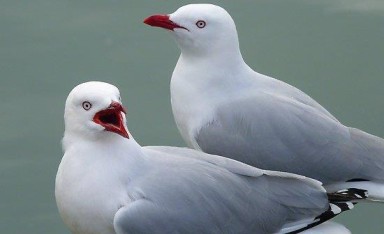 Wrong. After I’d finished searching for my ancient road, I returned to the fishing village where I was staying. By now I was hungry, so I walked along the waterfront to a taverna. As I sat there, I heard a mewing sound. I looked about for the cat – Greek tavernas always have at least one cat and often about six. 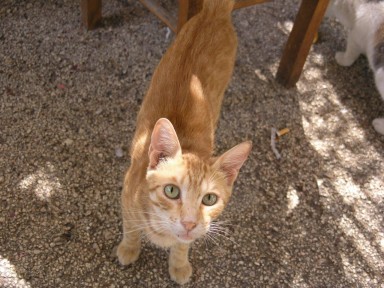 But there was no cat to be seen.

After a while I realised the noise was coming from the seagulls sitting out on the water – you can see them as white dots out beyond the fishing boat. Close up they look just like NZ gulls. 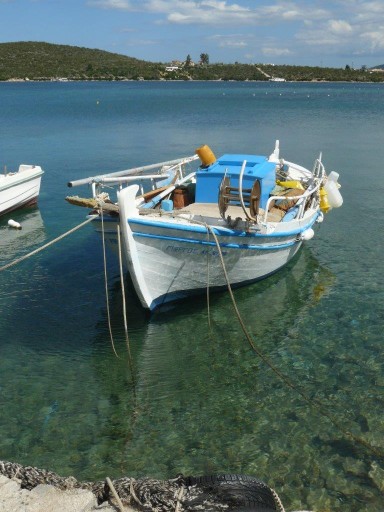 Then I remembered reading some English story or poem, years and years ago, which talked about the “mewing of gulls”. The phrase had passed me by – it was so unlike anything I’d heard gulls do and I put it down to poetic fancy (ie: silliness).

This morning I decided to look up the Oxford Dictionary and there it was: “mew n. the characteristic cry of a cat, gull etc.” In fact, in England, another word for “seagull” is “sea mew” or just plain “mew”.  So European gulls are not the same as ours after all.

Sometimes it’s the big, obvious things that take you by surprise. But it’s just as much fun when some small unpredictable thing happens. It makes you look at everything in a fresh way, even the things that are the same.