Scroll down the page to find a couple of quizzes. Then click to check the answers

Directly below you’ll find a free bookplate, which you can copy, print out and paste onto a front page of any of my books. There’s also a bookmark, which you can paste onto a piece of cardboard, cut to size and use to keep your place – that’s assuming you don’t read the book all in one go!

This lovely bookplate was designed for me by artist Nicole Onslow, the same person who drew the cover art for my YA novels Murder at Mykenai and The Bow – the figures of the boys are similar to the ones on the book covers. Some of the other detail is taken from Ancient Greek pottery made at the time Odysseus and Menelaos were alive. (Note for non-geeks: To make sure it prints out at the right size, unclick the “Fit to Page” function, during the printing process.) 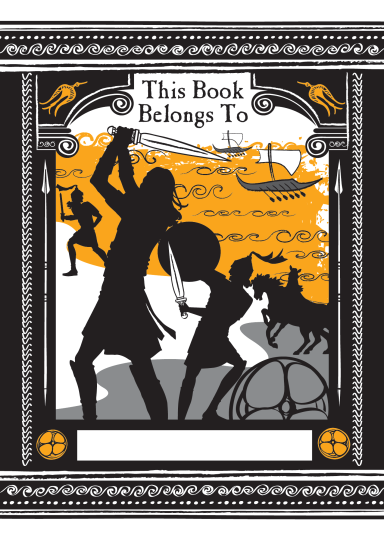 Nicole drew this great bookmark for me as well. You’ll recognise the silhouettes of the boys from the bookplate. I love the bull and the bird. They have nothing to do with the plot of Murder at Mykenai but they’re such fun drawings – again from Greek Bronze Age pots – I had to have Nicole put them in.  (Note for non-geeks: To make sure it prints out at the right size, unclick the “Fit to Page” function, during the printing process.)

You’re on the loo… but what do you do?

When I started writing my books, I spent a lot of time imagining myself as the main characters in my books. What did I eat for breakfast? How did I take a bath? What clothes did I put on? Did I wear underpants? How did I stop my armpits from sweating? How did I wash my hear if there was no shampoo, and no supermarket to buy it in? And there’s one really pressing question…

I’m Odysseus, it’s 3300 years ago, back in Bronze Age Greece, I’m fifteen years old and I’m sitting in class, working out my maths on my wax tablet, because there isn’t any paper. It’s not that my teacher has run out of paper – there’s no such thing as paper in Bronze Age Greece. At some point, I might have to put my hand up and ask to leave the room.

Okay. I’ve got to go. You know where.  I head off to the earth closet – it’s like a long drop. And I sit down and then … NO PAPER. 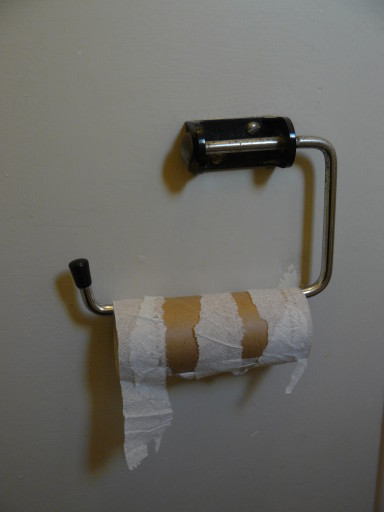 Maybe I do what the Romans did later. It involves: a jug, a stick, something that’s found in the sea off the north coast of Africa and something liquid to do with grapevines.

The Romans kept a jug full of vinegar next to the toilet, In the jug was a wooden stick with a sponge tied onto the end – real sponges grow (like seaweed) on the sea bed, especially off the north coast of Africa. The ancient Greeks and Romans used to send divers down to harvest them. The sponge in the jug would soak up the vinegar and you could use it to rinse yourself off.

Gross, but perhaps no grosser than what we do now.

Match these Greek gods with their Roman counterparts:

1. Name a sports gear company that is named after the Greek god of victory.

2. Name a car that is named after a long journey taken by Odysseus.

3. Name a book of maps named after the character from mythology who holds up the world.

4. Name a space ship that was named after the Greek god of the sun.

5. Name a computer virus named after a military trick used in the Trojan War.