How did he die?

My Greek caving friends have explored the secret cave that forms the central core of my new book The Bow. In a month’s time, they’ll take me down there as well, to brave the mud and the dark, and see some of the amazing things they’ve found. 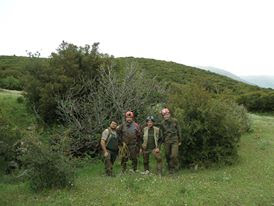 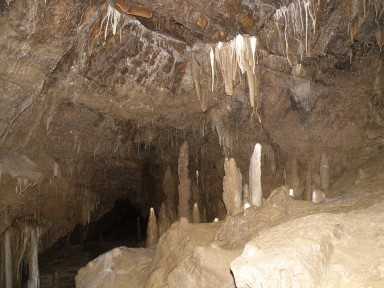 Some of it is wonderful  – stalagmites and stalactites are always beautiful and exciting. Some of it is a little daunting  – “expect some mud” was Nikos Leloudas’s warning. Much of the cave is up to 27 metres below the flood levels of the Mantinea Plain nearby ! So whenever it rains heavily, huge amounts of water come pouring through. Inevitably some of it stays there after the sun comes out.

I’ve been busy looking at predictive weather charts for this part of Arcadia. Fortunately June sees a big drop in rainfall, so I think we’re going to be okay! I’m remembering back to one of Enid Blyton’s Famous Five books, where a cave under the sea gets flooded and The Five only just get out. I’m still haunted by the fate of the baddies who were trapped. 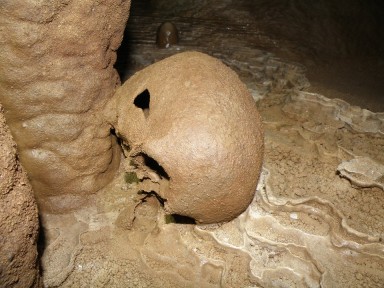 The scariest thing Nikos and his friends found was this skull. It looks as though it’s buried in mud, but in fact all the stuff around it is limestone. How long has it been there? That’s really hard to say – the growth of stalagmites will vary hugely. It could be as little as .007 mm a year, or as much as 1 mm. It depends on the amount of water dripping from the roof of the cave, and the amount of calcium in the water.

What we can be sure of is that this skull has been there for a while! Nikos believes that the skeletons they come across in these deep places are the remains of people caught in floods up on the surface, who were washed down into the cave. One group of bodies, in the nearby Kapsia cave, started turning into a rather gruesome stalagmite around 300 BC. Our gentleman here may not have been there that long.

I’m also a bit concerned about the hole in his cranium above his eyes. Could it have been the result of a whack on the head? This particular cave has an entrance up on a slope above the plain, so it’s less likely to have been caused by a flood-driven tree trunk or other debris.