How fast the world can change

No one who has lived through the Christchurch earthquakes needs to be told how the world around them can change within minutes. 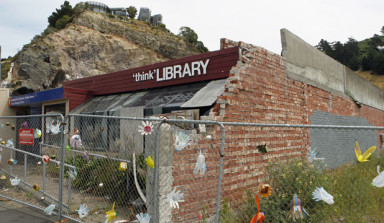 But for some reason, we assume ancient ruins fall to bits really slowly. Sometimes that’s true, but often it happens much faster. The Parthenon, perched on the Acropolis in Athens, was incredibly well-built. It looked like this for over 2000 years. 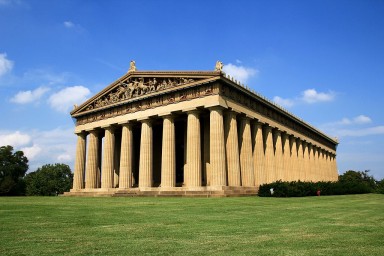 Then the Turks conquered Greece. In 1687 the Venetians attacked the Turks, and the Turks stored their ammunition inside the Parthenon. When the Venetians shelled the Acropolis, a cannon ball hit the magazine and the whole temple blew up. 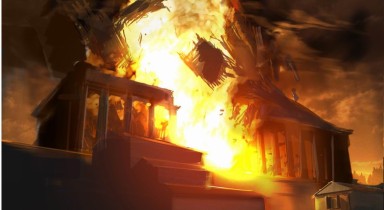 Since then, the Parthenon has looked suitably ruined, but not because of the ravages of time. 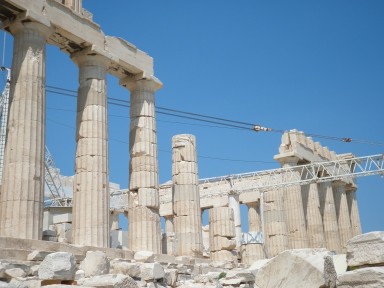 Here’s another example – the great hall at Mykenai, where Atreus pardoned his murderous brother Thyestes in Chapter 11 of Murder at Mykenai. This is what it looks like today. You can still see the round pillar bases and the central hearth. 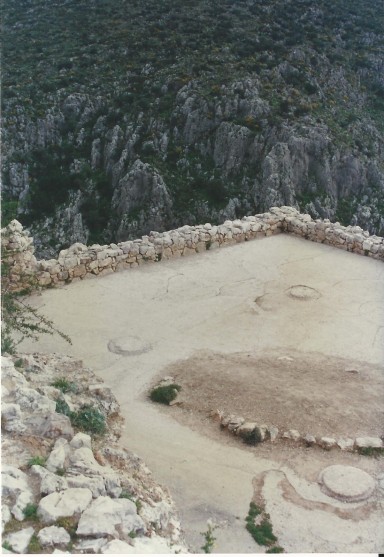 Compare it to this artist’s impression of King Nestor’s great hall at Pylos. Compare the four pillars and the central hearth with the previous photo. Atreus’s hall would have been every bit as glamourous.

The palace of Mykenai burnt down in about 1200 BC, because of a massive earthquake like Christchurch’s. In one night it went from being a fabulous building to a pile of ashes. Nestor’s palace was destroyed around the same time, through enemy invasion.

War and earthquakes have ruined much of what people built in ancient times. But we tend to assume the land has stayed the same. Geology measures change in millions of years, right?

In 1991, 12-14 million cubic metres of rock and ice fell of the top of Mt Cook/Aoraki. Our highest mountain is now 10 metres lower than it was, the rockfall probably triggered by an earthquake. This kind of event is more common than we realise. Often it’s big, catastrophic events that shape our countryside. 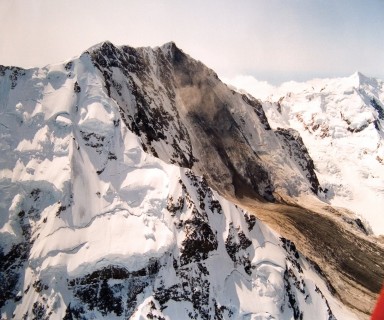 Here’s something similar that happened in Greece. In my last blog, I mentioned I was staying in a fishing village. It’s called Korfos and it’s one of the few good harbours on a mountainous coastline. I was searching for the ancient Mykenaian port nearby, because I’m planning an enemy invasion on this coast for my next book. 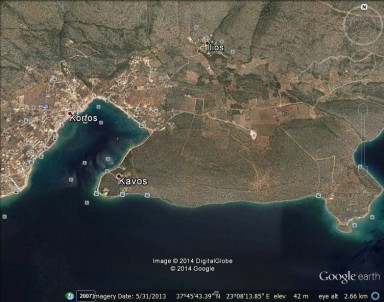 I assumed the port would be on Korfos harbour. Instead I found it way over the hills overlooking a funny little headland. That’s it on the right of the picture, with Korfos on the left.

I was really puzzled till I found out that, in the Late Bronze Age, Korfos harbour was a swamp. About a hundred years after the ancient Mykenaian port was built, an earthquake lowered the swamp into the sea and turned it into a harbour. And part of the Mykenaian port disappeared into the sea too, like the lost city of Atlantis, taking its own harbour with it. 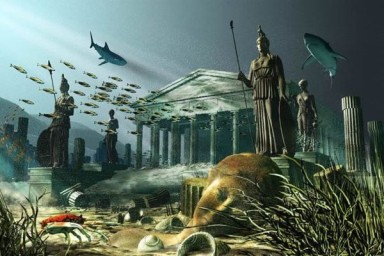 There’s lots more I could write about. The lake in The Bow has vanished. The town round Tiryns fortress is buried under 10 metres of flood debris. The Narrows, where Laertes’s ships held the evil king Thyestes at bay, is the gap between two tectonic plates that are moving apart … the list goes on.