In Search of Ithaca: where is Odysseus’s real home?

Maps! You either love them or you hate them.

David Hair and I happen to love them, so I put some long hours into creating one for our third Olympus book, Sacred Bride. Drawing it was a challenge, but it wasn’t my unsteady pen hand that gave me my biggest problem… 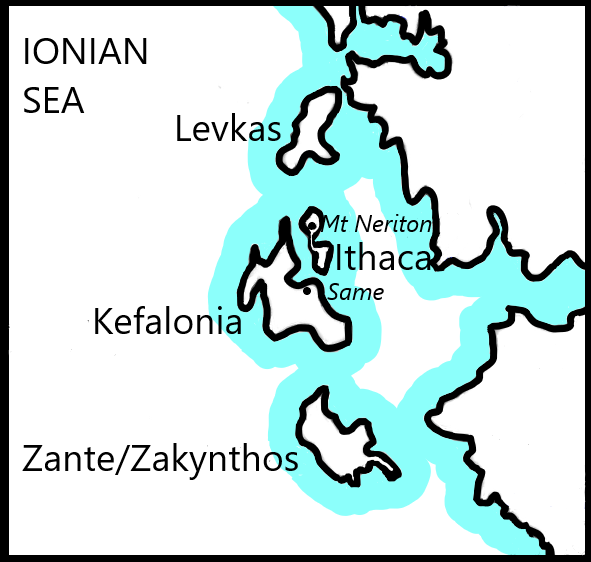 The southern Ionian islands, with the entrance to the Corinthian Gulf on the right (image: Cath Mayo)

At first glance, it looks easy – there’s Ithaca tucked up next to Kefalonia, as it is on all modern maps.

But is modern Ithaca the same as Homer’s Ithaca, the island Odysseus struggled to return to in the Odyssey? Is this really where we can find the Cave of the Nymphs, where Odysseus hid his treasure after he came home from the Trojan War? Can we really stand on the spot outside the palace walls where his old dog Argos died? 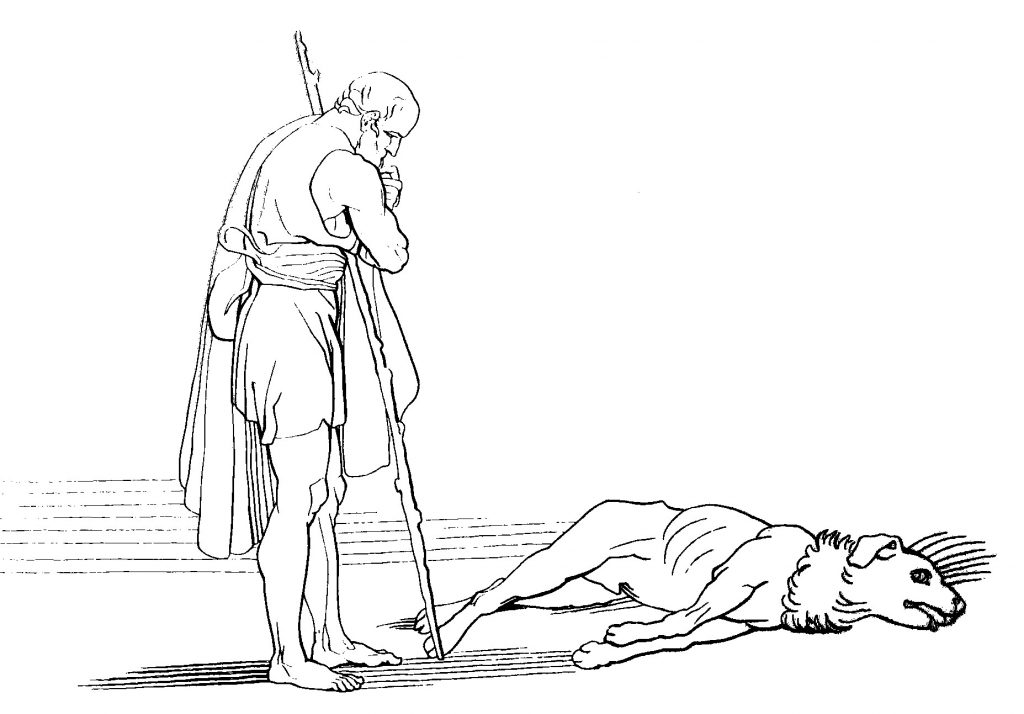 Odysseus and his dog, by John Flaxman (image: Wikimedia Commons)

The more ancient the historical period – and these stories are set over 3000 years ago – the scarcer the facts. And on modern Ithaca, so far, archaeologists haven’t managed to dig up compelling answers to my question.

What about searching the myths for clues? Extracting certainty from the maze of Greek mythology can be like a man taking a widdle outside on a gusty day. If he’s not careful, he can end up with a face full of his own piss. 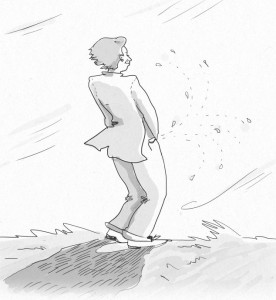 Pissing into the wind (image: https://happeningo.com)

And yet… in the Odyssey, Odysseus himself gives a detailed account of just where Ithaca is, when he tells the Phaeacians about his homeland.

“My home is on sunny Ithaca” he says. “There’s a mountain, Neriton … which can be seen from afar; and many islands surround it, quite close to each other, Dulichium, and Same and wooded Zakynthos.

[Ithaca] itself is low-lying, rugged, farthest out to sea in the direction of darkness, while they lie towards the dawn and the sun…”

Some of this seems clear:

Then it gets tricky.

But the narrow channel that separates Levkas from the mainland is man-made and post-dates Homer.  So, at the time when The Odyssey was written down, there were only three main islands in this part of the Ionian: Ithaca, Zakynthos and Same – the latter arguably the old name for Kefalonia.

But that’s not the only problem.

These are questions that have set scholars scratching their heads raw for the last 2500 years. 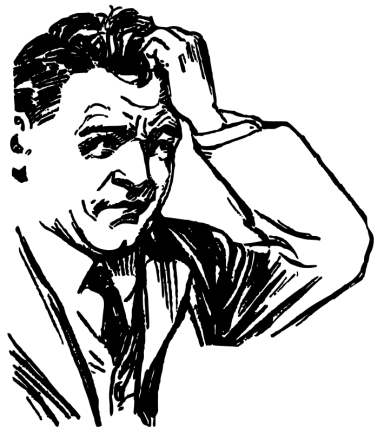 So much so that a nineteenth century German archaeologist went looking for Ithaca on Levkas, and recently Robert Bittlestone decided Ithaca had to be Paliki, the big peninsular on the western side of Kefalonia.

Both “solutions”, though vigorously argued, ran into trouble.

Levkas wasn’t an island, back when Homer composed his poems, as we have already seen. And it’s no further west than Ithaca, and has virtually no traces of occupation that can be dated to the time of the Trojan War, the background for Homer’s poems.

Geophysicists have proved that Paliki, too, is a peninsula, not an island, and has been so for millions of years. Bittlestone also worked himself into a corner by identified modern Ithaca/Ithaca – small, rugged and bony – as Dulichium, a place which would have been rich, fertile, extensive and densely populated. According to Homer, Dulichium sent 40 ships to Troy and 58 suitors to contest for Penelope’s hand, well-outnumbering the combined Ithaca/Same/Zacynthos contingents for both events.

While Levkas has islands nearby, it’s certainly not encircled by them. And Paliki, as part of Kephalonia, isn’t surrounded by any islands, let alone the “many islands” of Odysseus’s description.

The further I delved into the question, the more heated the arguments got, and the more confusing it became. What to do? Leave a blank on the map? Just give up – roll over and play dead? 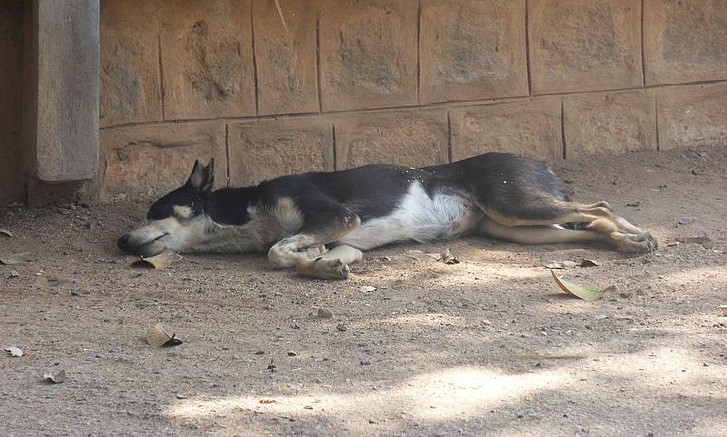 This dog is not dead (photo: Darren Foreman; Wikimedia Commons)

Is it possible that scholars, staring at maps in the quiet sanctuaries of their studies, are approaching the problem the wrong way?

Years ago, I discovered, while tramping and climbing off the beaten track in New Zealand’s Southern Alps, that looking at maps or even detailed aerial photos is of limited use. Far more important are the route accounts found in books like Moir’s Guide. These describe the valleys, rivers and prominent landmarks as you find them on the ground, step by step.  I’m going to make one up, to give you an idea how they read.

“Cross the stile at the southern end of the road bridge and follow a prominent deer trail through open bush for half an hour. On reaching the Agnostos River, head upstream until you reach the second tributary coming in from the south. To avoid climbing a high bluff just past the tributary, ford the Agnostos and continue on grassy river flats…”

And so on and so on…

The route guide makes total sense as my hypothetical trampers make their way up the Agnostos river, giving them a vivid picture of the valley as it unfolds before them. They’d be struggling to access much of that information from either their map or any aerial photos.

What if Odysseus’s description of Ithaca is more akin to a ground-level route guide, telling us what we will experience as we travel towards Ithaca?

What do we experience when we approach Ithaca by sea, as the Ancient Greeks must have done, standing on a swaying ship’s deck as it emerges from the Corinthian Gulf or sails up from the south coast of Greece? 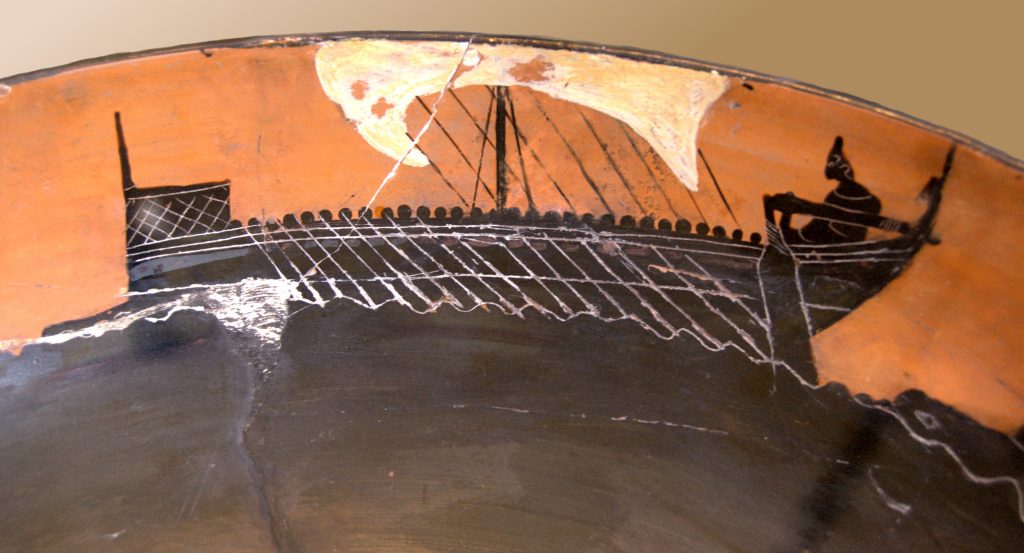 Remember – the early Greeks didn’t have satellites to take photos from. And maps as we know them hadn’t been invented. So that bird’s eye view we’re used to was completely alien to them.

In August 2007, my husband Alan and I boarded a ferry to Ithaca, to find out what travelling to Ithaca from Mainland Greece would be like. The initial part of the journey took on a measure of black farce – it was a stinking hot summer and large swathes of Greece’s forests were on fire. The smoke was so thick as we left Patras, just outside the Corinthian Gulf, we could barely see past the bow of the ship.

I was bitterly disappointed. We’d come all the way from New Zealand to stare blindly at nothing.

But as we headed out into the Ionian Sea, the air cleared a little. Landmarks appeared, filling out a picture remarkably like the one Odysseus painted to the Phaeacians.

Zakynthos was soon left behind. Ahead of us loomed Kefalonia. Its massive bulk, topped by Mt Ainos at 1680 metres (over 5500 feet), dominated our view, while to our right lay an unexpected scatter of small islands.

And finally, furthest to the north, at the end of our journey, the low-slung southern hills of Ithaca hunkered into sight. Mt Neriton, the highest point on Ithaca, commands the northern part of the island, but our first encounter with the island, staring through the windows of our ferry as it worked its way across from the Corinthian Gulf, was very different. The whole of southern Ithaca is made up of rolling hills of no great height, and even Neriton, beyond them, is dwarfed by the mountains of its massive neighbour, Kefalonia. 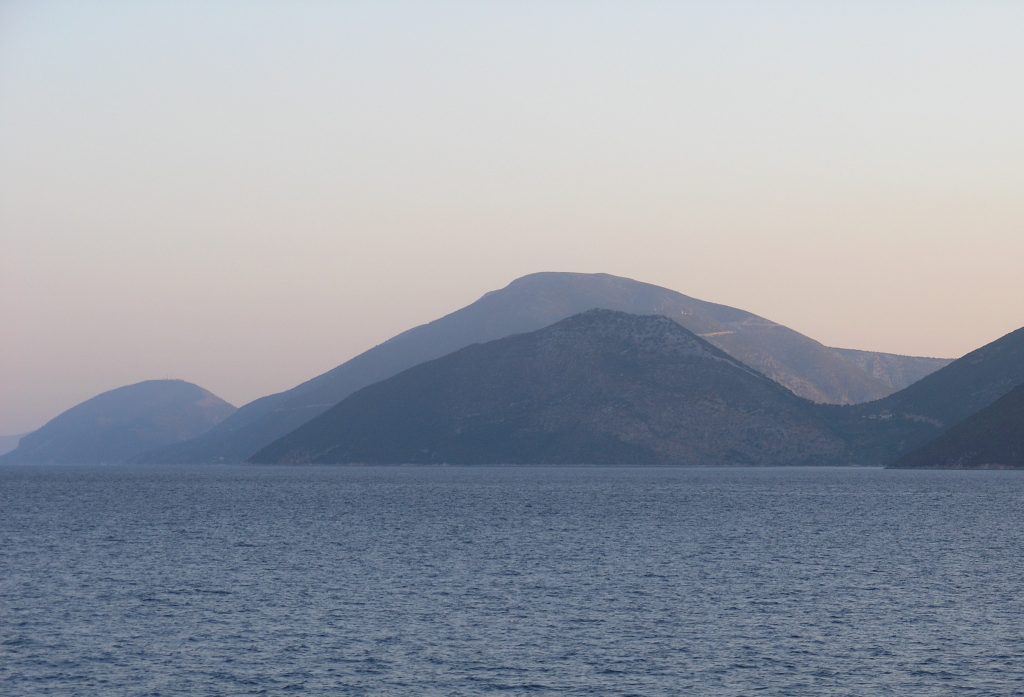 By now, the islets and rocks had given way to larger islands to Ithaca’s east – Atokos, Kastos, Arkoudi, Kalamos, Meganissi: the northern group of the Echinades, as they are called. I was amazed, not just by their number and their size, but by their very existence.

A day or two later, we climbed to the top of a hill near Vathy, Ithaca’s main town. From here, all the islands, large and small, were even more prominent. With Kefalonia looming at our backs, we felt truly encircled.

Why was I so surprised by the islands clustering around Ithaca? Blame the map makers! Tourist maps of Ithaca and Kefalonia don’t include any of the Echinades – they’re off the edge of the local maps, away to the east. And on maps of the whole of Greece, the Northern Echinades are insignificant dots and the Southern Echinades – that multitude of islets and rocks we first encountered – are too small for the map-makers to bother with.

Being there painted a very different picture. Homer’s “many surrounding islands… lying towards the dawn” came to life before our eyes.

Some of the northern Echinades islands at dawn, looking east from Ithaca. Mainland Greece is in the background (photo: Cath Mayo)

But the Echinades are not the only islands to lie to the east. In fact, whether we’re sailing northwest to Ithaca or looking at those dreaded maps, we find much of Zakynthos lies to Ithaca’s east as well. And the stretch of Kefalonia’s coast one first encounters by boat also lies well east of Ithaca… So Odysseus’s description, though still not a perfect fit, is a lot closer than I thought it would be.

What about Dulichium, that elusive fourth island?

It could be argued that the island now called Kefalonia was perhaps two ancient sub-kingdoms in one, with Same on the eastern side, where the modern town is placed, and – on the other side of mighty Mt Ainos and its bulky mountain ranges – Dulichium commanding the large expanse of fertile countryside on the west. And it’s this western area where so many Late Bronze Age tombs – dating from around the time of the Trojan War – have been found. It was clearly a rich and well-populated place.

And furthest towards the “darkness”? Just because Greek commentators hundreds of years later equated “the darkness” with the west doesn’t mean that people at the time of the Trojan War or even Homer did the same. For any self-respecting northern hemisphere real estate agent, “north-facing” – dark, damp and cold, because it faces away from the sun – is better left unmentioned.

So… how is Odysseus’s description of Ithaca looking now?

Even “…while they lie towards the dawn and the sun…”  gets rather more than half a tick.

By putting aside our maps, and approaching Ithaca as Odysseus would have experienced it, on the heaving deck of a ship, we felt we had found Ithaca at last.