The Bronze Age Greeks loved war and hunting, both on foot and in chariots. They lived in a colourful and dangerous world where men were warriors, farmers or sailors and women might be powerful priestesses.

Swords and daggers
The main weapon was a short, bronze sword, between 50cms and 60cms long, cast in one piece and designed for cutting and hacking.

Archaeologists call it the “cruciform” sword, because of the hilt shape. Odysseus’s dagger, in Ch 8, is modelled on a real late Bronze Age dagger found on Ithaka.

Later, towards the end of this period, a longer, rapier-type sword for thrusting as well as cutting was adopted. This sword came down from the north and it’s also mentioned in Chapter 8.

Bronze spear heads could be huge and quite formidable; 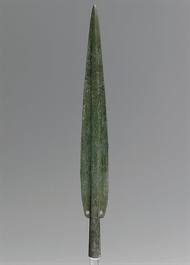 somewere the same length as the cruciform sword and would have had long, heavy wooden shafts. Odysseus was called a strong spearsman in the Iliad and we know from other references he had very broad shoulders. He would have needed this strength to manage those big war spears. Throwing spears, or javelins had smaller heads and shorter, lighter shafts.

Bows and Arrows
Archery was very important, in war and for hunting, and bows were of wood or of harder materials like goats’ horn. Most bows were “simple”, though the “composite” bow was also used. 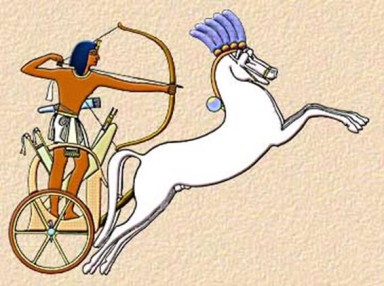 and probably the Greeks did the same, for many of the Homeric heroes were also great archers. Lots of bronze arrow heads were found in one of the layers of Troy associated with the Trojan War.

Chariots
Chariots were the main transport in Bronze Age Greece, for elite soldiers and the nobility. War chariots were probably lightly built for speed, rather than being heavily armoured (forget Ben Hur!). The main palaces and citadels were almost all built on or near flat land, and chariot-mounted soldiers could have played an important role in coastal defence. 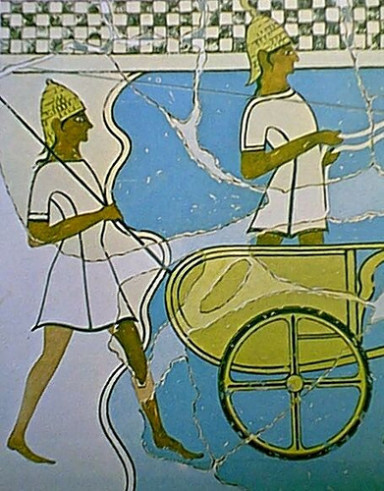 A large number of chariot wheels were recorded on clay tablets at Pylos, showing how many chariots the king had.

The most famous example is the “Dendra” suit of bronze armour, which looks much more like medieval plate armour than the breastplates used by later Greeks or Romans 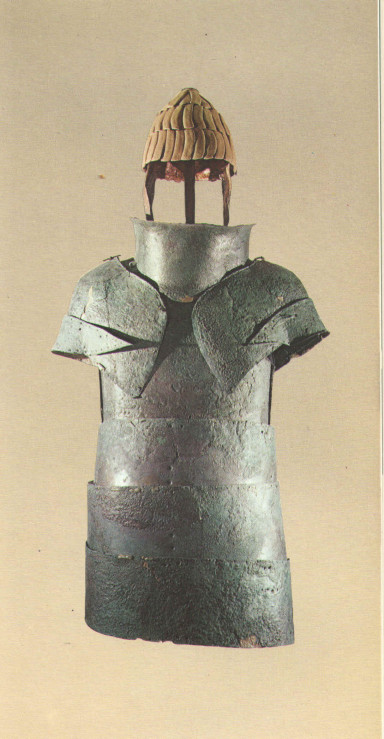 It’s hard to imagine anyone running round on foot wearing this, and the elite troops who could afford such armour would have stood in their chariots to fight.Other troops used bronze breastplates, or thick leather jerkins, probably with bronze plates sewn on.  Greaves – metal or leather leg guards – were a distinctive part of their armoury. Helmets were of bronze or leather and occasionally of boar’s tusks. 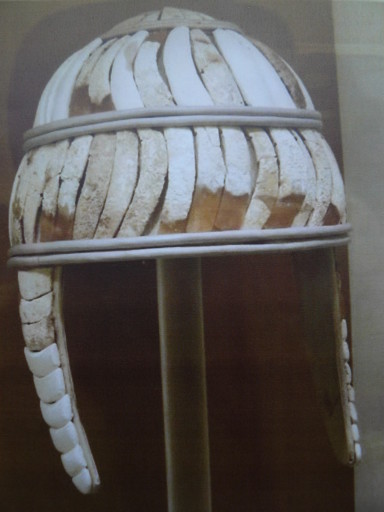 The Bronze Age Greeks were keen hunters, but you can imagine how many wild boar someone would have to kill to make one of these. 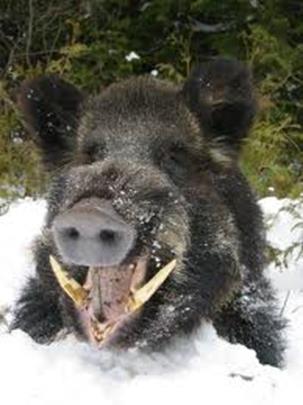 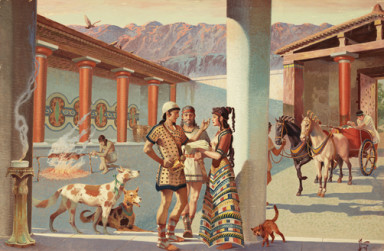 Clothes
Men wore either a tunic or a kilt – a piece of cloth from waist to knee and secured with a belt.

Both tunics and kilts were often decorated with colourful borders or fringes. Cloaks kept them warm and were usually of brightly coloured wool or of animal skins. If they owned a stone seal, to identify personal documents or objects, they wore it on a thong round their necks or wrists.

Women wore tunics for everyday wear, but the most stunning costumes of this period were their elaborate skirts, worn with tight bodices.

Again, these were decorated with colourful borders and lots and lots of fringe. Rich women wore jewellery; their hair was elaborately styled or crowned with strange-looking hats.

Children up to the age of about twelve or thirteen had short hair or shaved heads – that’s why the girl in the painting has a blue scalp – with forelocks and maybe ponytails. Note her earrings and bangles. 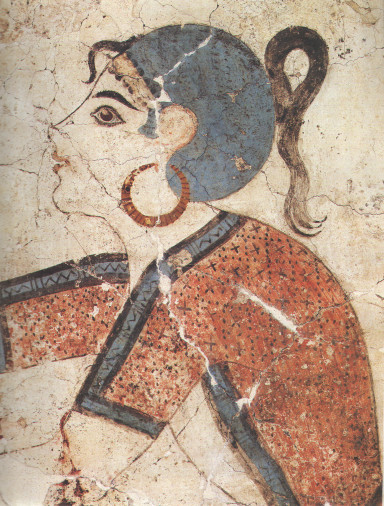 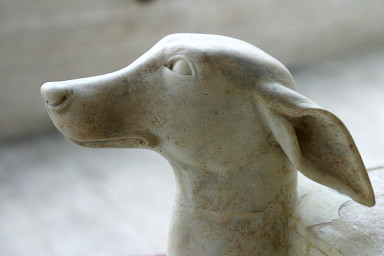 were valued as hunting hounds and pig dogs, and also as much loved companions. Odysseus had a faithful dog called Argos in Homer’s Odysseus

; in Murder at Mykenai, I have given an earlier dog of his the same name.

Horses provided the main form of transport, by pulling chariots and as riding horses. Mules, donkeys and oxen (cattle) did the harder work.

Palaces and politics
In Late Bronze Age Greece there were a number of large and medium-sized kingdoms, and fewer minor kings than there might have been earlier, when perhaps every town or valley sported a ruler. This amalgamation of power created bureaucracies, as seen through the Linear B tablets, and strong evidence of political and social synthesis, if not unity. 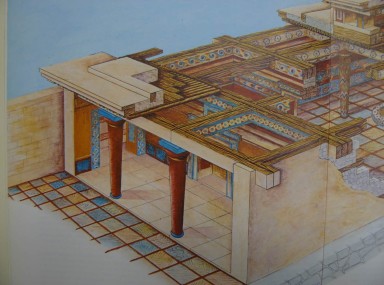 They were usually within heavily fortified citadels which might contain many other buildings, and surrounded by towns. 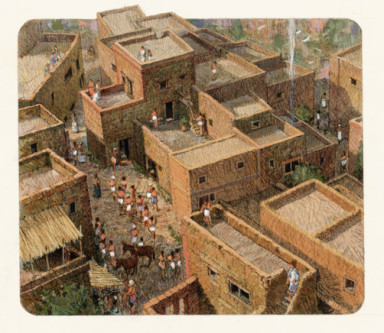 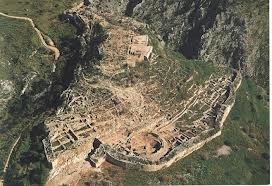 It may well be that Greece, then known to its eastern neighbours the Hittites as Achaia, had a High King. He may not have controlled Greece in the way a Roman Emperor like Augustus ruled the Roman Empire; instead he was perhaps the first among equals, the spokesperson and leader where the Achaians felt their common interests were being threatened, or needed promoting.

The High King and The Iliad
If there is any memory of real events in the Iliad, then Agamemnon had a tenuous authority to act as the chief warlord at Troy – the leader in an alliance of independent kings. It may well be that poor political relations with Troy were threatening  trade, so, rather than go chasing Menelaos’s errant wife Helen, the most beautiful woman in the world (you’ll meet her briefly in Murder at Mykenai), the kings grouped together to fight a trade war, perhaps with Helen as an excuse.

This precarious relationship between the High King and his fellow rulers can be seen in the quarrel between Achilles and Agamemnon. 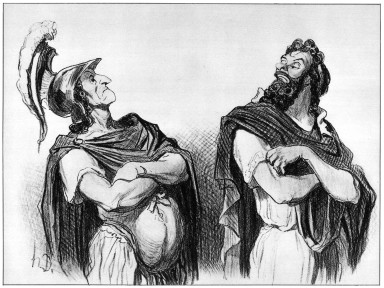 Achilles got away with sulking in his tent; in a Roman army, he would have been tried and executed for mutiny. 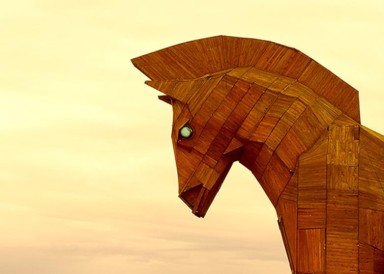 Gods and goddesses
The Bronze Age Greeks had many gods and goddesses, including the major Olympian ones we hear of in Classical Greek times. Zeus, Hera, Athena, Dionysus, Poseidon, Hermes, Demeter, Ares, Artemis, Eleuthia and the elusive Potnia, or “Mistress”, were all worshipped. They were not always friendly and had to be constantly pleased. 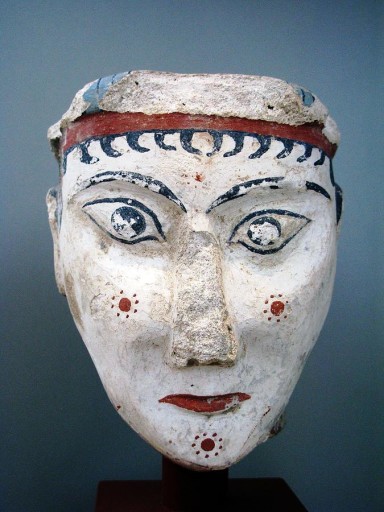 We find many offerings being made to them in the only written records we have from this period.

Now for some more technical stuff …

The Linear B tablets
The Bronze Age Greeks wrote their office records in a pre-alphabetic version of Greek called Linear B.

Sea traders used wax tablets to record transactions and perhaps schoolboys worked out their maths and spelling the same way. They probably didn’t have paper – though papyrus was being used in Egypt at the time, there is no evidence of it making its way north. Parchment – the treated, thin skins of young animals – was a more likely material for long-term records, but it would have been a luxury. Over 3000 years have passed and all of these materials have disappeared.

For day-to-day office accounts, clay tablets were used. These were meant to be a temporary record, but when several of the big palaces burnt down, the tablets were accidentally baked in the fierce heat of the destruction. Otherwise, exposed to the rain, they would never have survived past the next downpour.

They’re not very glamorous – there are no songs of heroes or gods, no tales of travel and adventure as you find in the records of Ancient Egypt. But they are a great window into everyday life.

The wall paintings, on the other hand, are full of strange stories, if we only knew how to read them. 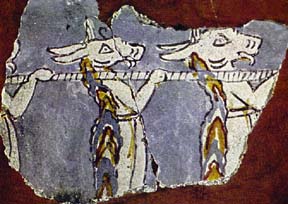 It was made from copper  and tin at a ratio of 9:1, and it’s a very strong, malleable metal, capable of taking and holding a sharp edge, and resistant to salt and water corrosion This was a valuable property in a marine environment like Greece, because salt is a big corroder of metal. This is why bronze is still a very important metal in modern boat and ship building. And because it doesn’t spark when you hit it with a hammer, it’s used in modern warships to stop them blowing up accidentally when they’re packed with high explosives (but that’s another story …)

Iron was available, but people hadn’t yet learned how to turn it into good steel. As a result it was fairly weak and rusted easily. Because it was very hard to smelt, it was rare enough to be very precious!

Secure trade routes were crucial to security and prosperity. 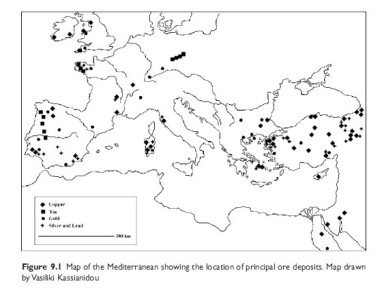 Copper was readily available and the major copper mines were on the Mediterranean island of Cyprus. But tin was hard to find and it took the sophistication of mutually supported trade routes, controlled by large palace economies, to bring tin from as far afield as Cornwall, in Britain, or beyond the Black Sea.

Time, and the fall of Troy

Time, in ancient history, can never be as exact as you would like! To place the book at a specific date, I was faced with two big obstacles.

For a start, the chronology of Middle/Late Bronze Age Greece is the subject of furious debate between dendrochronologists (the people who study tree rings) and traditional archaeologists, who tie things in with the well-recorded events of Ancient Egypt, by dating Greek imports there.

And then there’s Troy …

The date of the sack of Troy is also the subject of heated debate. Michael Wood has written a great book about it, In Search of the Trojan War. It could have happened any time between about 1280BC and 1185BC, using traditional chronology. And lots of major things happened during those hundred years, including the destruction of the major palaces my heroes lived in or visited.

So, to start writing, I had to make some big decisions. For a number of reasons, I’ve chosen an early date for Troy, so the book is set not long after the start of the 13th century BC, perhaps around 1295BC.

The Bronze Age versus the Greek Mythological World

Many books written about or around the Greek heroes at Troy have focused on the myths that swirl around this event. The setting for this story and other Greek myths – I’ll call it the Heroic world – is the one you find in Homer and other Ancient Greek poets and writers.

This Heroic world is an invention – a synthesis of aural and written tradition, combining distant and often altered memories of long-past times; details drawn from real Greek societies over some hundreds of years, with their changing customs and expectations; and a health dollop of folk tale, magic, religion, monsters and what-have-you. 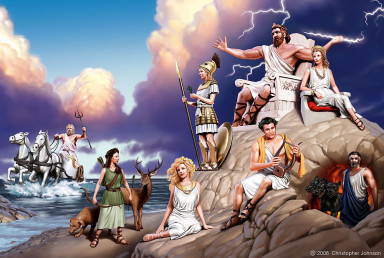 The later Greeks (and others) reinterpreted events as they retold them over the centuries, so they’d make sense to contemporary audiences – rather like producing Shakespeare’s plays (already adapted to suit audiences of his own time) in modern dress. Sometimes the myths were also changed for political reasons – Virgil’s Aeneid is a good example of this.

Myth making and Virgil
The Romans wanted a mythological origin of their own. For centuries they’d believed they were descended from the Greek heroes after Troy, Odysseus and Diomedes in particular. But when Virgil wrote his famous poem, The Aeneid, at the start of the Roman Empire, the Romans had just beaten the Greeks. Nobody wants losers for ancestors, so Virgil decided to trace the Romans back to the Trojans instead, making Aeneas his hero and Odysseus and Diomedes the villains. The Trojans had lost their war too, but only by that ultimate act of brilliance or deceit  – depending on which side you’re on – the Trojan Horse.

This type of process is why there are so many different versions of the Greek myths. If you come across contradictory stories, don’t worry. There are no “true” or “correct” versions. It’s up to you to decide which one you prefer.