My second book, The Bow, signed to Walker

I am hugely excited and daunted 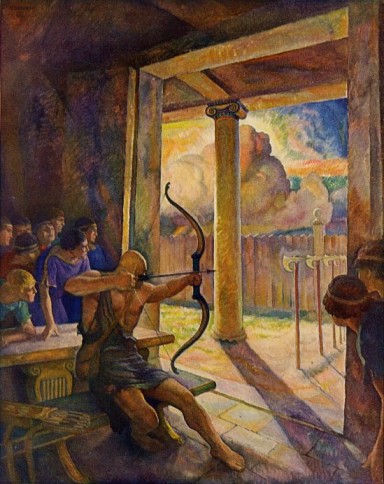 at the same time!

Excited because Walker have signed up my second book, a sequel to Murder at Mykenai called The Bow. Publication date is June 2014 – an excuse for another party! The book tells how Odysseus came to own the great bow which he famously (and much later) shot the dastardly suitors with at the end of The Odyssey.

For Odyssey buffs, the Homeric version comes at the start of Book 21: Odysseus “though a mere boy at the time” has been sent by his father and the Ithakan elders to Messenia, to retrieve 300 stolen sheep and their shepherds. There he meets … but that would be spoiling the story.

How did Odysseus acquire such an extraordinary weapon as such a young age? After all, this bow was rivalled only by the great bow of Herakles (Hercules to non-Homeric buffs). I had to work backwards to find the threads that might have woven themselves together to create such a startling result.

As with Murder at Mykenai, I’ve taken a small strand of mythology and expanded it into a much larger story. And this is where the daunting part comes in! I was having so much fun, my word count ballooned out to 85,000 words – 25,000 more than Walker Books want.

Yup, three words out of every ten have to go. So right now I have my pruning shears in hand – you might think “chainsaw” rather than “secateurs”. And we’ve all viewed gardens that have been pruned that way. But it’s proving to be a really enjoyable exercise – a bit like polishing a gemstone. The more I rub away, the brighter and clearer the story gets. 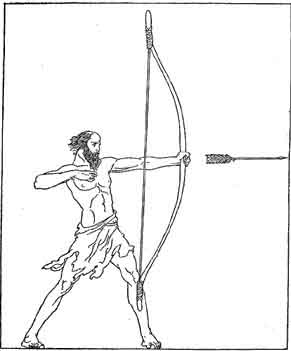