Oracle’s War, Book Two in the Olympus series, is out now!

ORACLE’S WAR, the second book of our OLYMPUS SERIES, is out!

It doesn’t seem that long ago that I was announcing the arrival of ATHENA’S CHAMPION, David Hair’s and my first book of the OLYMPUS SERIES. Now we have Book Number Two successfully birthed!

It’s called ORACLE’S WAR, and once again it follows the adventures of Odysseus as he continues to fight alongside his fellow Athena champions to save Achaea from destruction. 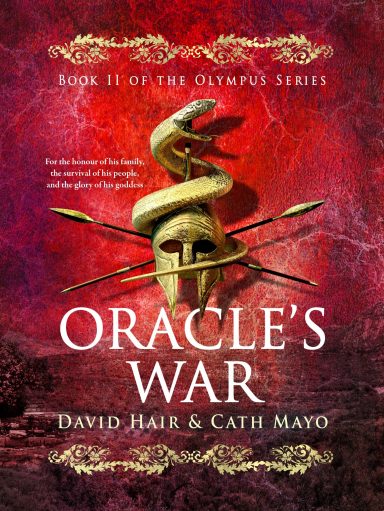 A catastrophe on his island home of Ithaca forces him to set sail, not only to retrieve his family’s honour but discover the mysterious secret behind a new oracle on Delos. The prophetess, a raw and inexperienced novice priestess of Artemis, has unsuspected skills that will have a profound effect on Odysseus’s life.

But first he must thwart a plot by the Trojans to invade Greece and obliterate everything he holds dear, aided by ruthless and unscrupulous Olympians, who are once again portrayed through our unique view of the mythos. If you’ve read ATHENA’S CHAMPION, you’ll know what that is!

Writing this second book with David has been another fantastic experience. We’ve currently abandoned the process of living in different countries – David has moved back to New Zealand and we even managed to catch up for breakfast and finally have a proper “double author” photo taken. And no, we didn’t need to hire a wind machine to achieve that famous “Bee Gees” look – we were just outside Wellington on a calm day… 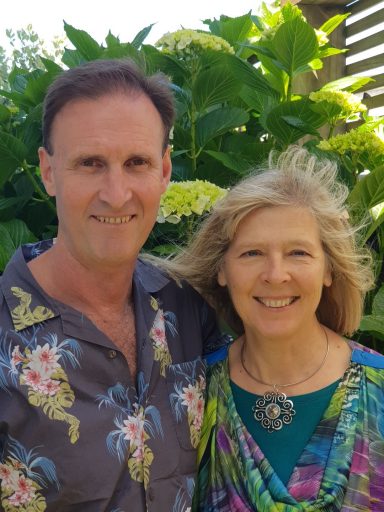 (That’s David on the left…)

Athena’s Champion is going really well – here’s a link to a recent rave in the Historical Novel Review: https://historicalnovelsociety.org/reviews/athenas-champion-olympus-trilogy/

And to celebrate the launch of ORACLE’S WAR, I’ll be posting a series of blogs about our writing process and the layers that lie behind the OLYMPUS books.

If you’re wanting to get your hands on ORACLE’S WAR, here are some links: 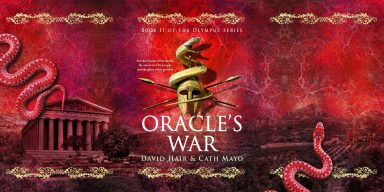