It’s coming into summer, and my garden is full of colour. 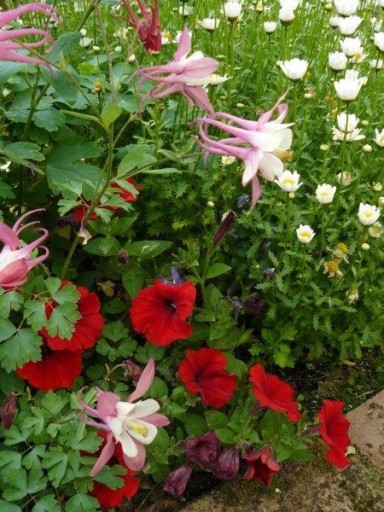 But every day some of the flowers droop, and the plants become overgrown and straggly. Out come the secateurs and soon it’s looking jaunty again.

Back inside, a parallel process has been happening. The Bow – my new project with Walker Books – landed on my editor’s computer screen at 85,000 words. Walker love the book AND they want it to be 60,000 words long. That’s 70% of the original length.

Six weeks later, the pruning’s done. I won’t say removing three words out of every ten has been unmitigated fun – sometimes it’s been exhausting and stressful. Slaughtering your babies (as Margaret Mahy so tellingly said) leaves you wading knee deep in your own verbal blood. Think leeches and other medieval forms of medical torture.

My old method of pruning was to print out a hard copy and attack it with pen or pencil. It generally looked like this: 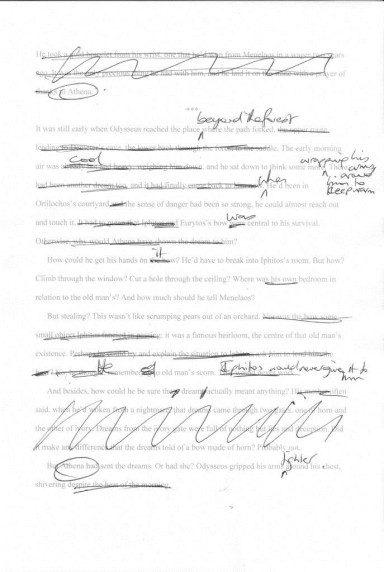 With The Bow, I realised I could have huge amounts of fun onscreen, using highlighting colours. There were three themes or subplots my editor and I identified as spurious, and they were tagged in yellow, green or blue. Red was for re-writes and purple was for excess in general.

Here’s the same passage as the hack-and-slash version, with the highlights instead. 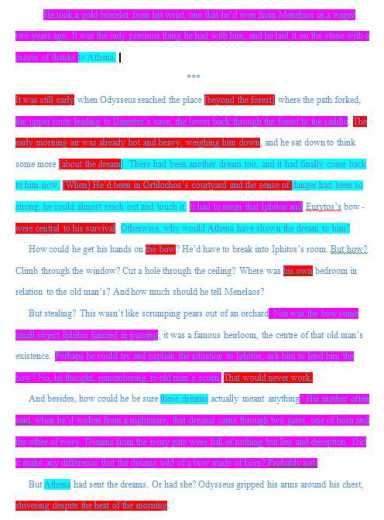 Not only can I see more clearly what I’m changing, I’m also seeing why I’m making the change. Every morning, once the highlighting was done for each chapter, I had a ball zapping all the coloured bits with my trusty mouse and delete button.

And it was exhilarating to re-read the chapter once the “extra” words were gone. Nearly every time, the new version felt clearer and stronger. 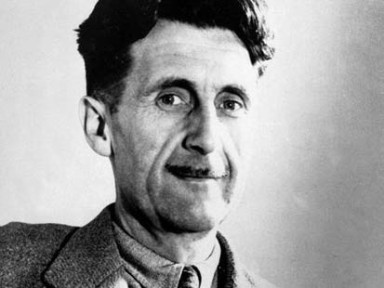 Orwell sums up the whole process by saying: “What is above all needed is to let the meaning choose the word, and not the other way around.

You can find the full essay on http://www.orwell.ru/library/essays/politics/english/e_polit

The best one of all is #3 – this has served me as snips, secateurs, shears, electric hedge trimmers and even chainsaw when required. You can paraphrase it by saying: if you can take this word or phrase or clause or sentence or paragraph or chapter(!) out and the writing still says what you need it to say, TAKE IT OUT.