A few weeks ago I was wandering through a Greek olive grove, searching for a 3300 year old city (as you do). The first thing I came across was a herd of goats.

Soon after that I came across the goatherd, and when I asked him – in my very bad Greek – about the ancient city, he beckoned to me and set off through the trees. 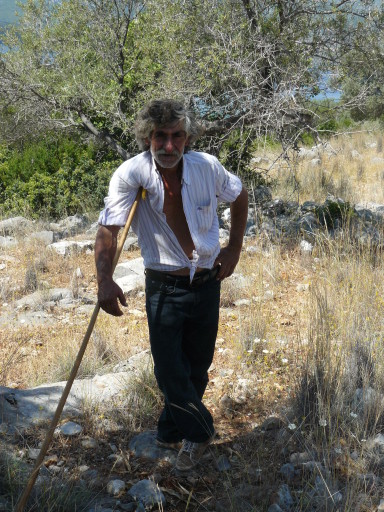 I decided he must be leading me to some spectacular ruins, but instead we ended up at his camp, an untidy clearing with a rickety tin shed, some goatskins over a pole, a very friendly dog and her two young pups. By now I was starting to wonder what was going on. 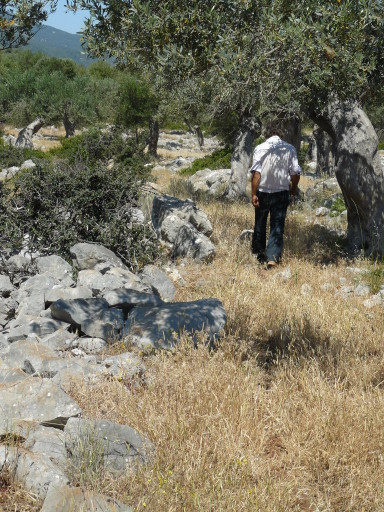 I soon found out. The goatherd produced a battered saucepan into which he poured some white liquid from a 20 litre plastic container. When he handed it to me, I knew I had no choice but to drink. It was fresh goats’ milk and it was absolutely delicious. This from a man who had almost nothing – by our standards. But because I was a stranger, he wanted to give me something.

What I’d just experienced was a Greek tradition called xenia that goes back thousands of years. In Ancient Greece, kindness to strangers was a sacred duty. The sharing of food and shelter bound people together almost like family. In Homer’s Iliad, the Greek hero Diomedes and his enemy Glaucus, a Trojan ally, stop fighting and swap armour because their ancestors were guest friends. 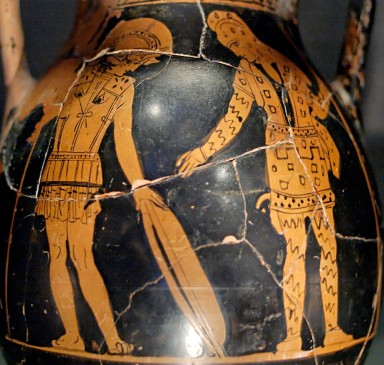 And early on in my new book The Bow, Odysseus and Diomedes know they can trust each other for the same reason.

If you’ve read Gerald Durrell’s My Family and Other Animals – surely one of the greatest (and funniest) books ever written – you’ll remember how Durrell was plied with food and wine by the peasants he met . 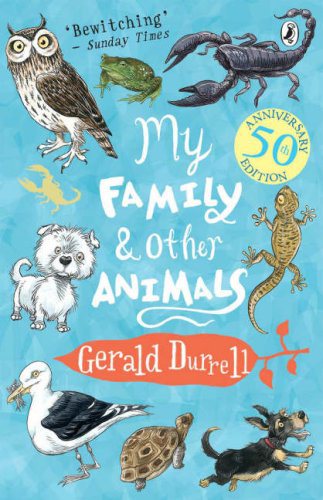 Tourism is eroding this deeply embedded tradition, but you can still find amazing generosity in Greece if you travel off the beaten track as I did.

These days, we’re increasingly careful around strangers.  A famous Dame Edna Everage quote goes: “My mother used to say that there are no strangers, only friends you haven’t met yet. She’s now in a maximum security twilight home.” 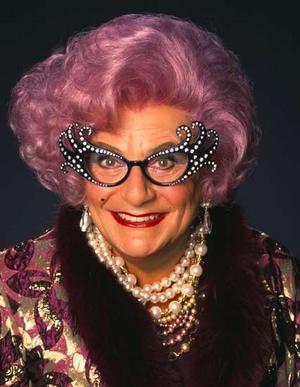 I think my goatherd would have agreed with Edna’s mum.